At Beechwood, the RE curriculum is rooted in the school’s underlying aims, ethos and values. It is carefully designed to equip our pupils with the knowledge, skills and attitudes about different belief systems that exist in our society and the wider world, that will both prepare them for the next stage in their education and enable them to live successful lives in the present and future.
The statutory syllabus is decided locally by a Standing Advisory Council for Religious Education (SACRE). This syllabus is supported by a range of units of work from the West Yorkshire Resources Hub which Beechwood use to deliver the teaching of Religious Education.

The Beechwood RE curriculum aims to: 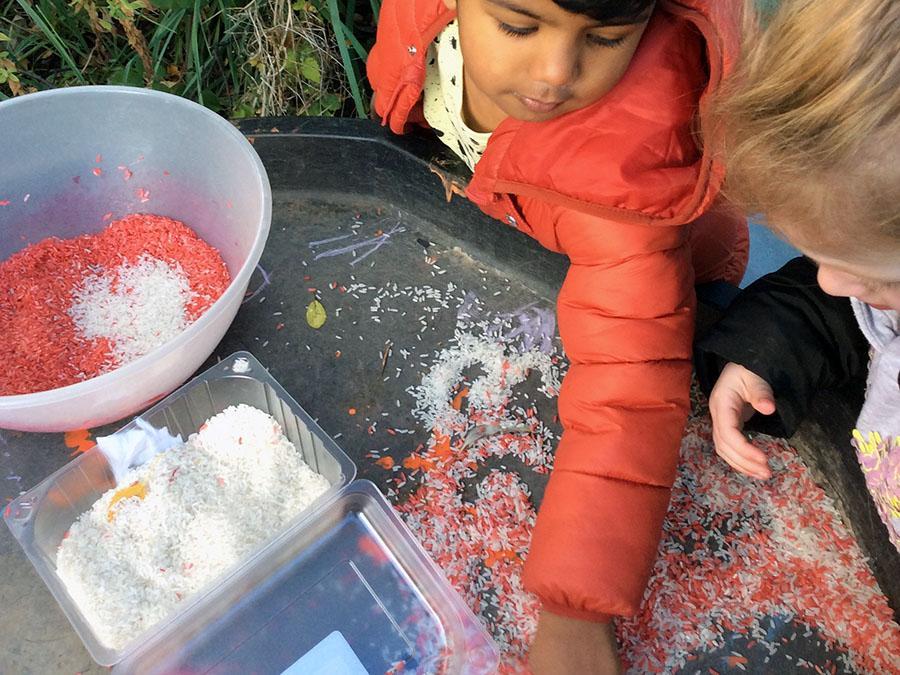 Making our own Diya lamps. 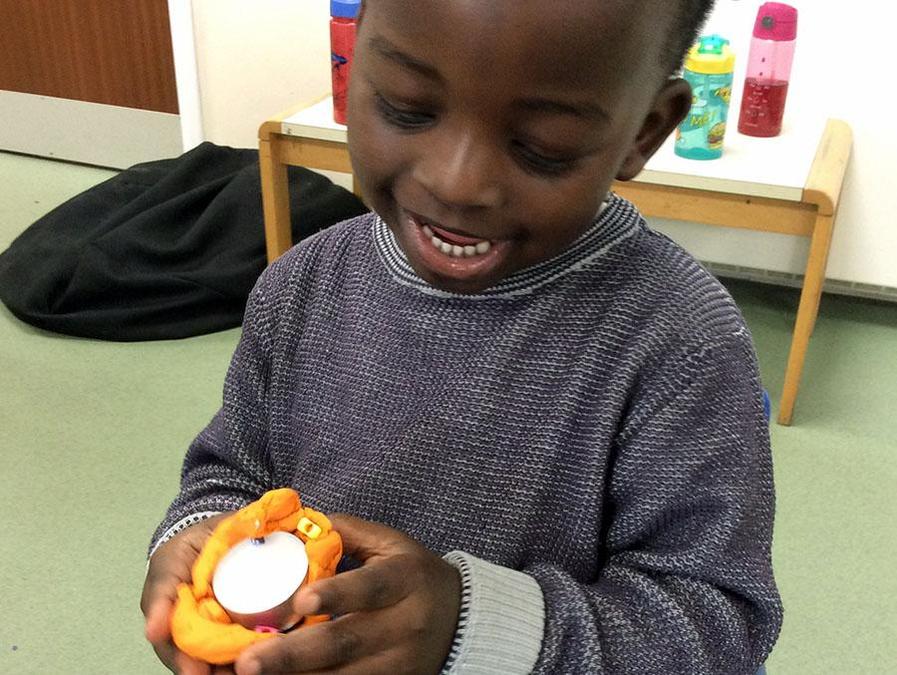 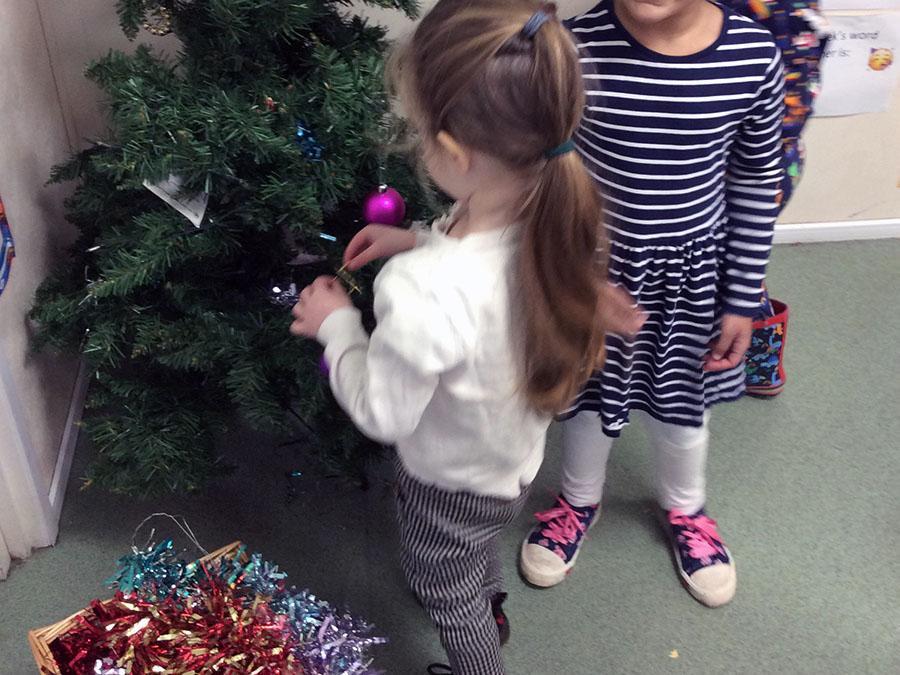 Dressing up as characters from the nativity story. 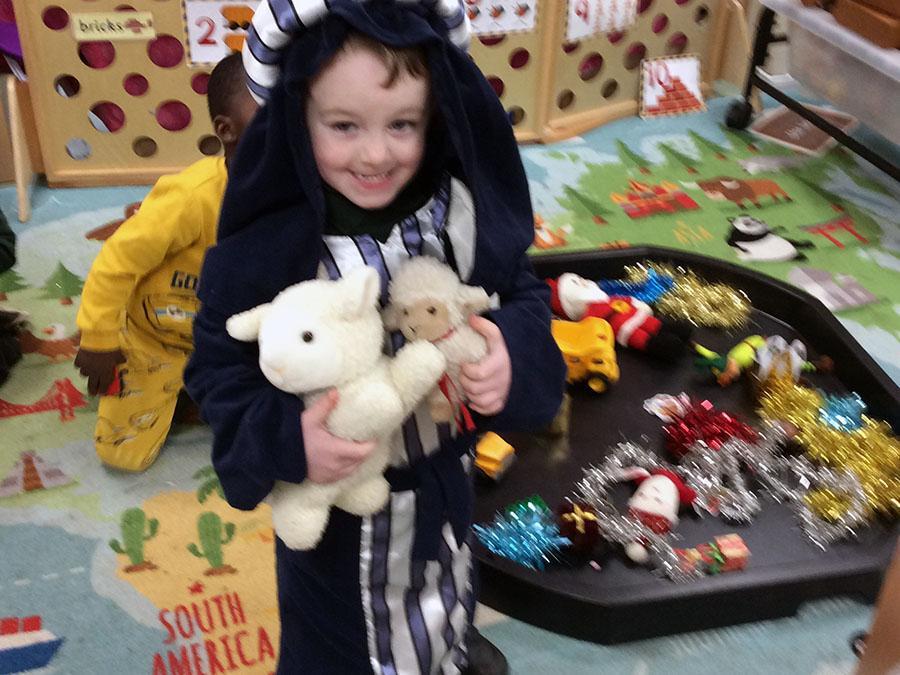 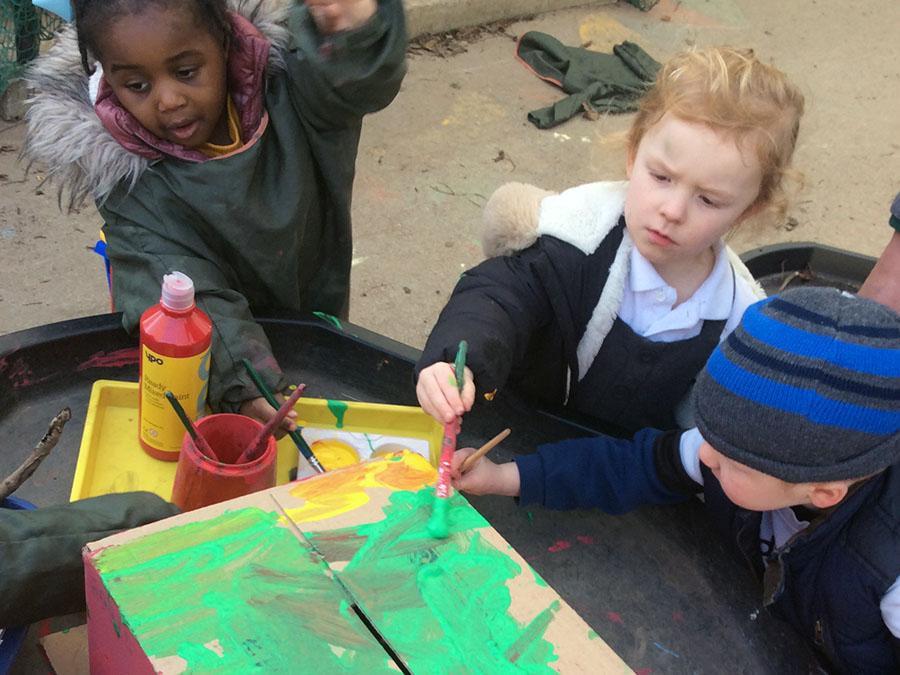 Children are made aware of similarities and differences between different religious and cultural communities in this country through our Celebrations topic. They have shared their own experiences of celebrations such as Eid and have prepared questions to ask other members of our school community about their experiences. We have enhanced our reading area to reflect the range of religions and cultures in this country. 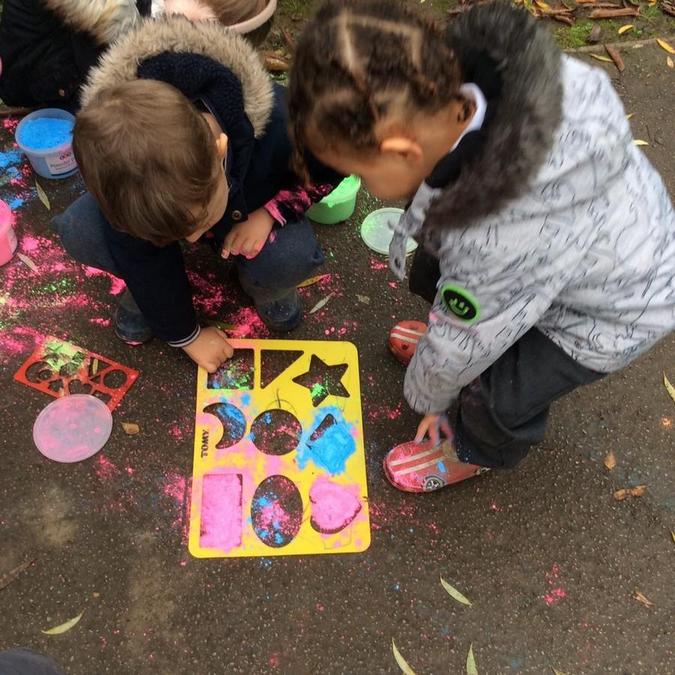 On this slideshow, there is a selection of photographs that show RE at Beechwood.

Christianity
Christianity is focussed on the life and teachings of Jesus Christ, who Christians believe to be the Son of God. Christians believe that God sent Jesus to live as a human being in order to save humanity from the consequences of its sins - the bad things humanity had chosen to do which had separated them from God.
KS1
Christianity - KS1 Religious Education - BBC Bitesize
The Christian Story of the First Christmas - BBC Teach
The Good Samaritan
The Christian Story of Easter - BBC Teach
Learn about the celebration of Easter on CBeebies
Christmas - CBeebies
KS2
Christianity - KS2 Religious Education - BBC Bitesize
BBC Two - My Life, My Religion, Christianity
BBC Christianity
What is Christmas? - BBC Bitesize
What is Advent? - CBBC Newsround
School Radio - Something to Think About, Christmas, Christmas around the world (bbc.co.uk)

Islam
The word 'Islam' in Arabic means submission to the will of God.  Followers of Islam are called Muslims. Muslims believe there is one true God Allah (the Arabic word for God).  Muslims believe that Islam was revealed over 1,400 years ago in Mekkah, Arabia through a man called Muhammad.  Muhammad is believed by Muslims to be the last prophet sent by God (Allah). They believe God sent prophets to mankind to teach them how to live according to His law.
KS1
Islam - KS1 Religious Education - BBC Bitesize
Religious Studies KS1: The Islamic Story of The Prophet and the Ants and 'The Crying Camel' - BBC Teach
The 5 Pillars of Islam

Sikhism
Sikhism was founded by Guru Nanak around 500 years ago in a place called the Punjab. Sikhs believe in one God who guides and protects them. They believe everyone is equal before God. Sikhs believe that your actions are important and you should lead a good life.
KS1
Sikhism - KS1 Religious Education - BBC Bitesize
https://www.bbc.co.uk/teach/class-clips-video/religious-studies-ks1-sikh-stories/zngv47h
https://www.bbc.co.uk/cbeebies/watch/lets-celebrate-vaisakhi