In Year 3 we wanted to find out about how Seacroft has changed over time. We were lucky enough to take part in 2 different projects with Matthew Bellwood to help us. We learned that people lived in this area over 10,000 years ago because an axe was dug up. Seacroft is mentioned in the Domesday book in 1066 when a few people lived here and farmed. For a long time Seacroft was a village and it only became part of Leeds in 1912.  We found out that the Queen visited Seacroft in 1965 to open the new shopping centre because we watched a film that Year 6 had made. Then we learned to Maypole dance because children used to do that on Seacroft Green. It was great fun. 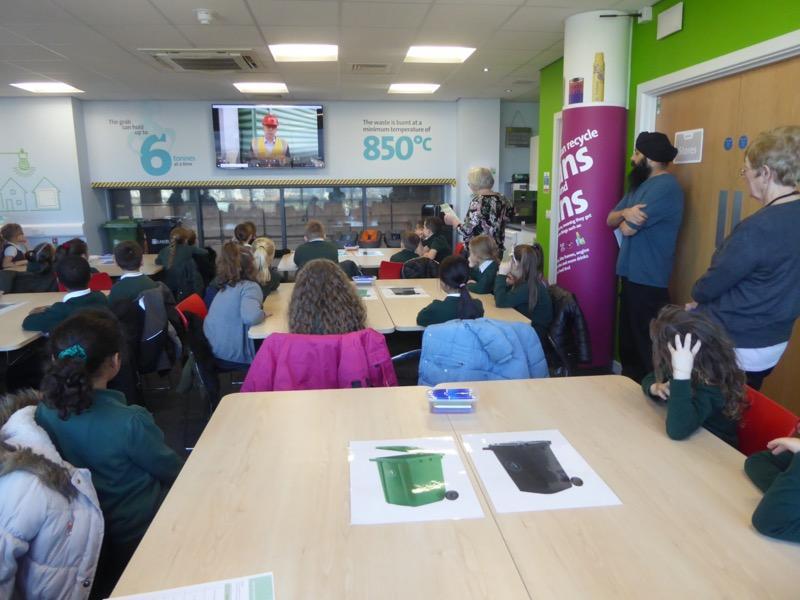 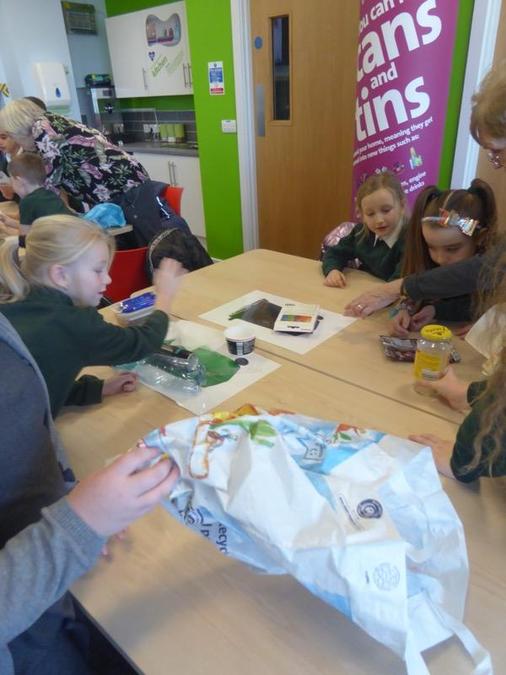 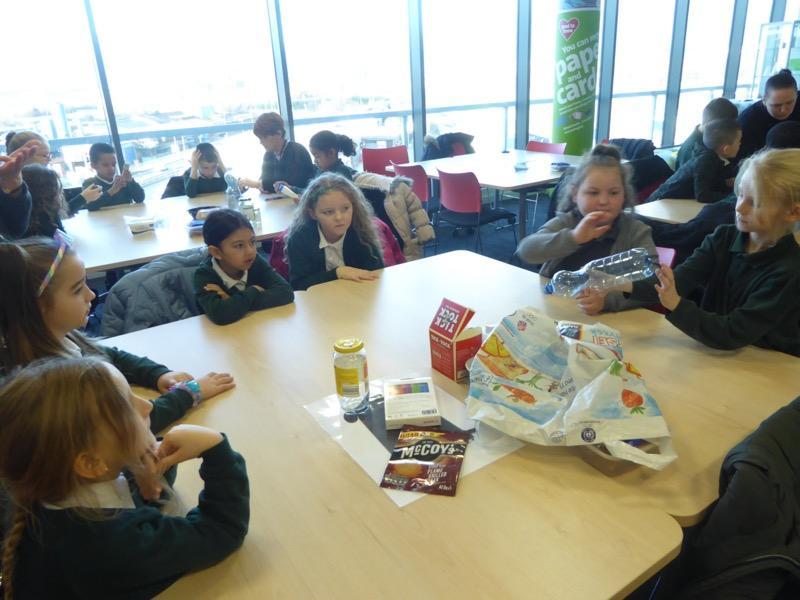 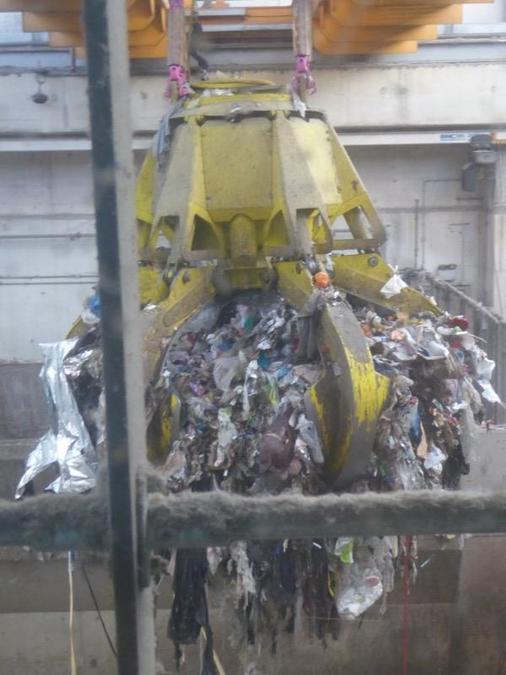 We really enjoyed our visit to the Refuse and Energy Recycling Facility this half term. We found out exactly what happens to our rubbish. As much as possible is recycled and then everything else is burnt in a furnace to make clean energy. We are going to learn more about this at school. 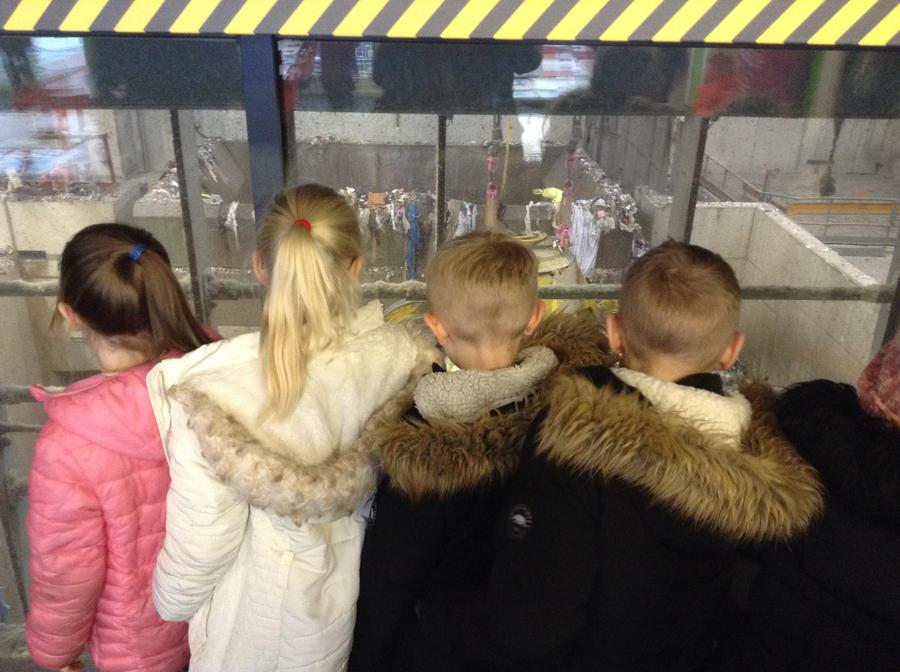 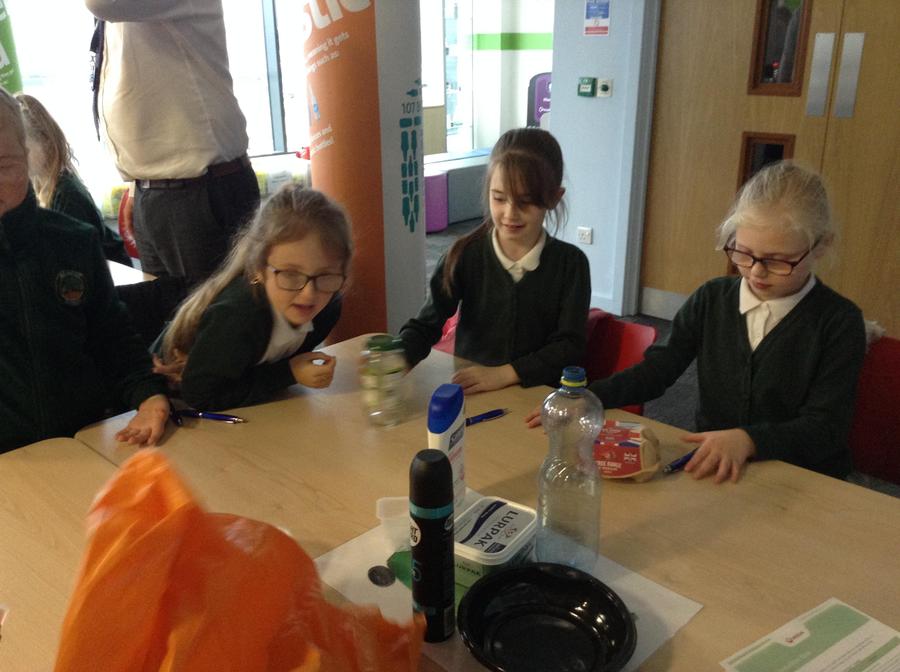 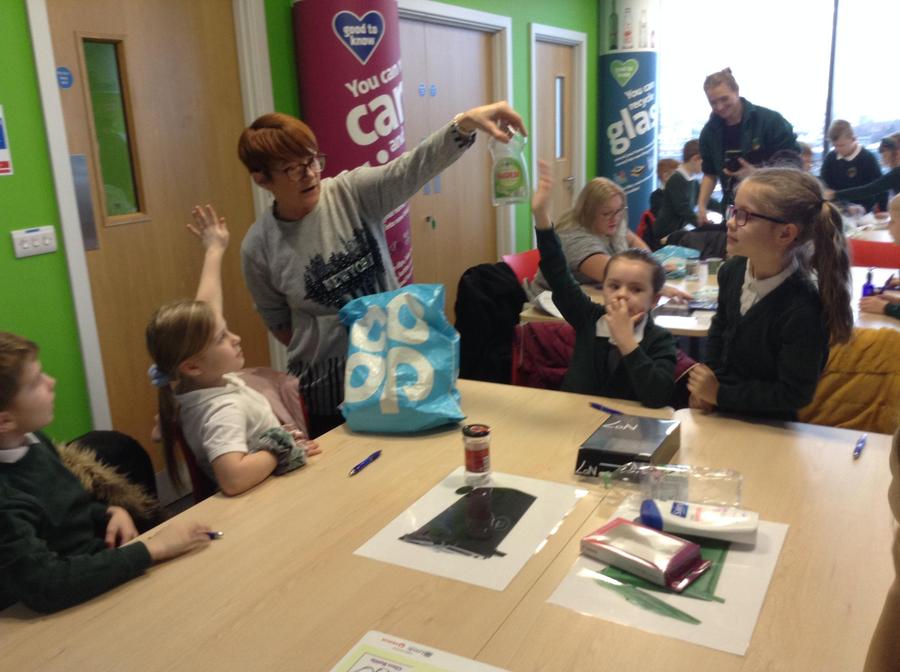 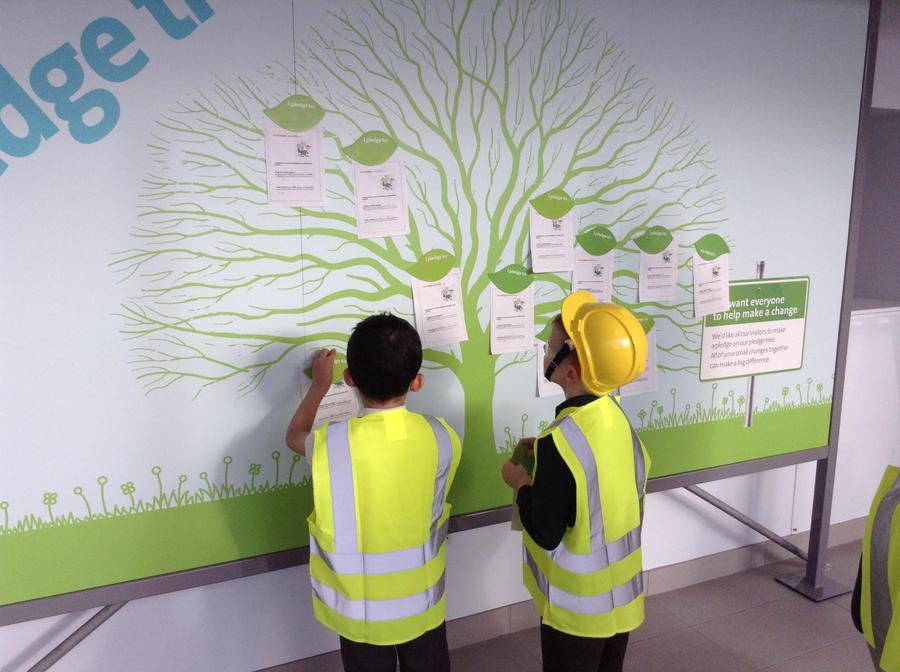 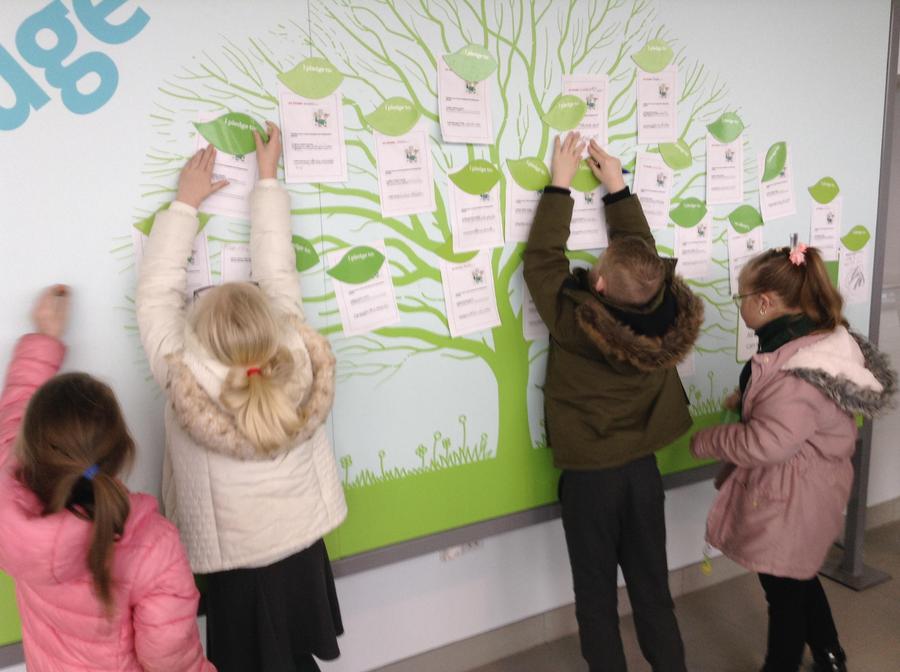 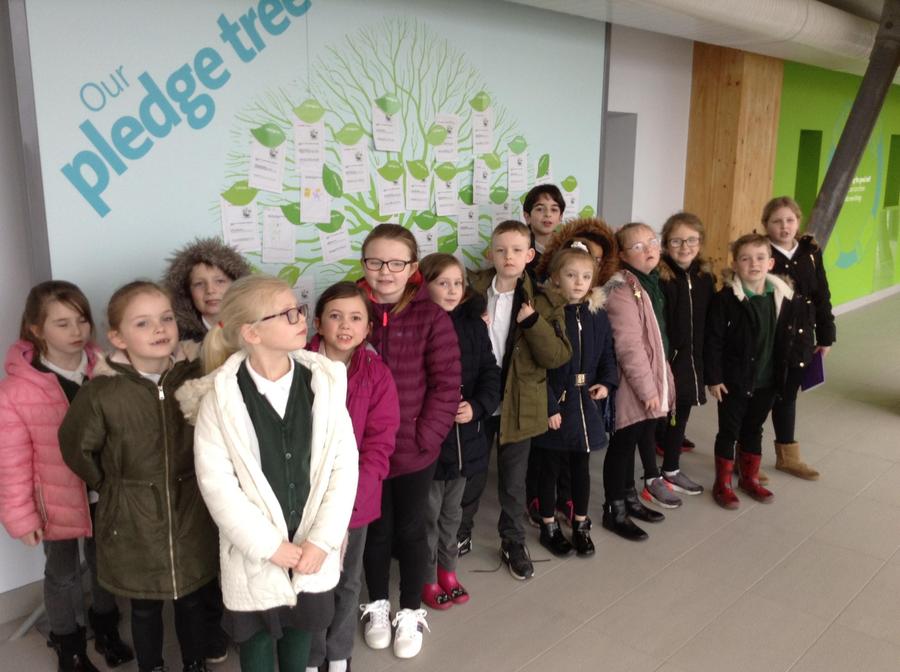 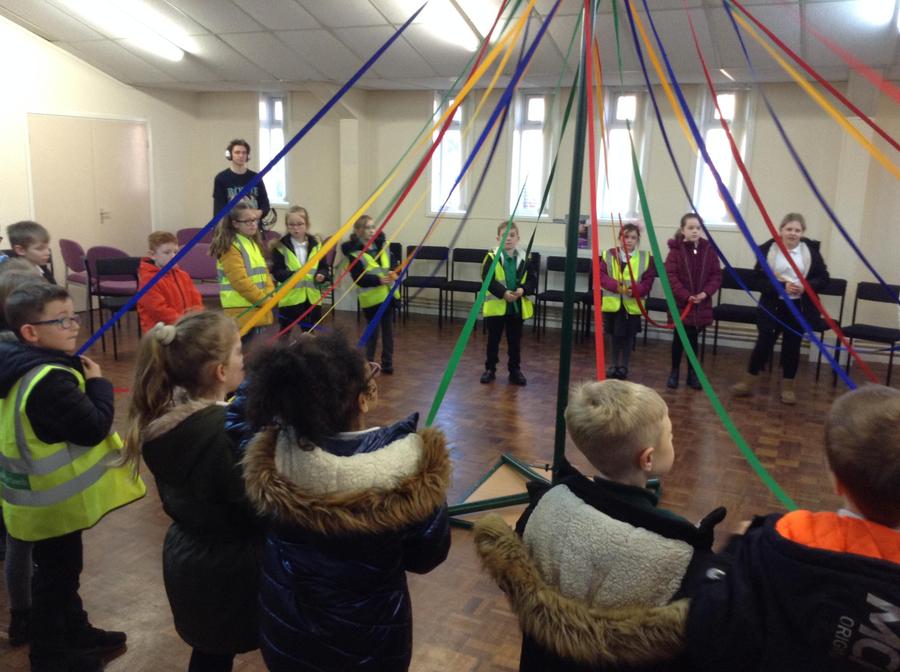 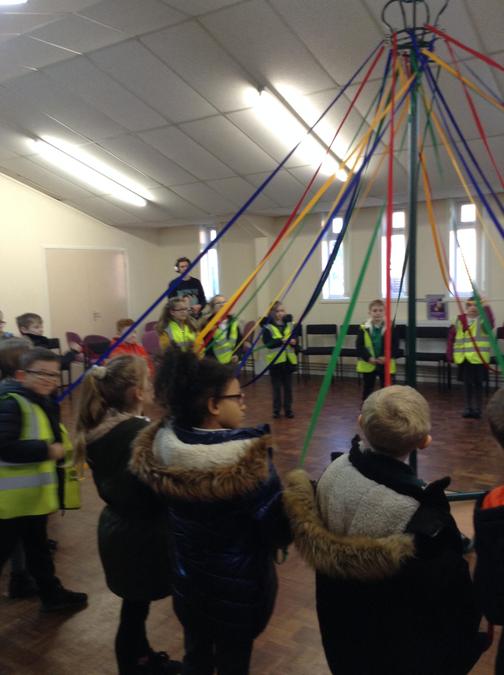 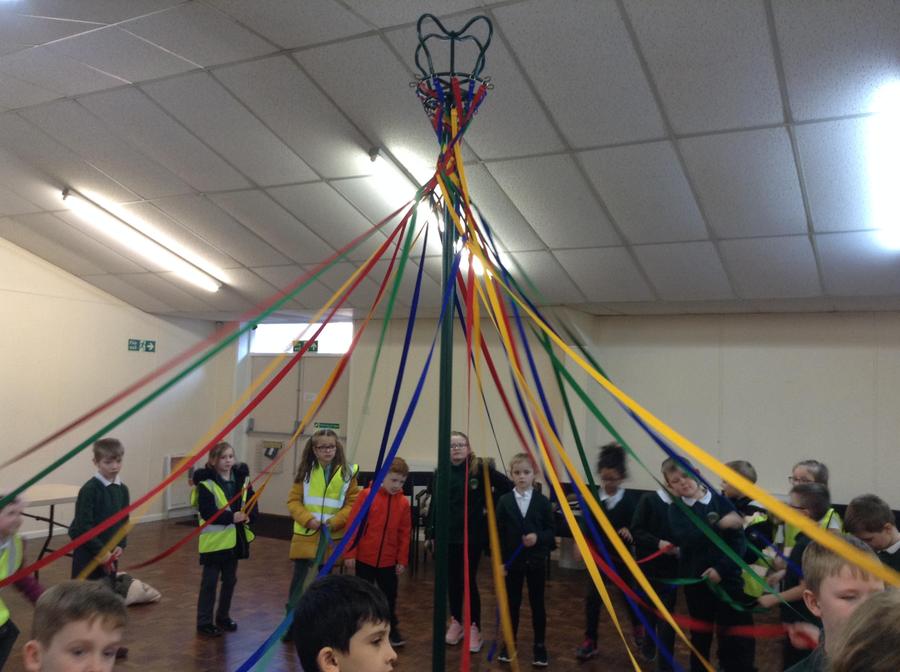 "Year 3 are really enjoying learning all about our community this half term. They have already enjoyed a trip to the Recycling and Energy Recovery Centre and a local visit to Chapel FM.

Last Friday, Class 8 visited the Recycling Centre to learn about what happens to our waste. We learned that lots of it can be recycled into new things like scooters, chairs, notepads and even parts for cars! We found out that all of the waste that can't be recycled it burnt at the facility to generate electricity.

Class 8 also went to visit Chapel FM on Monday to learn more about what Seacroft was like in the past. While we were there, some of us got to interviewed for the radio! We found out that every year there used to be Maypole dancing on The Green in Seacroft and we all had a go at learning the dance ourselves. It was trickier than it looked!" 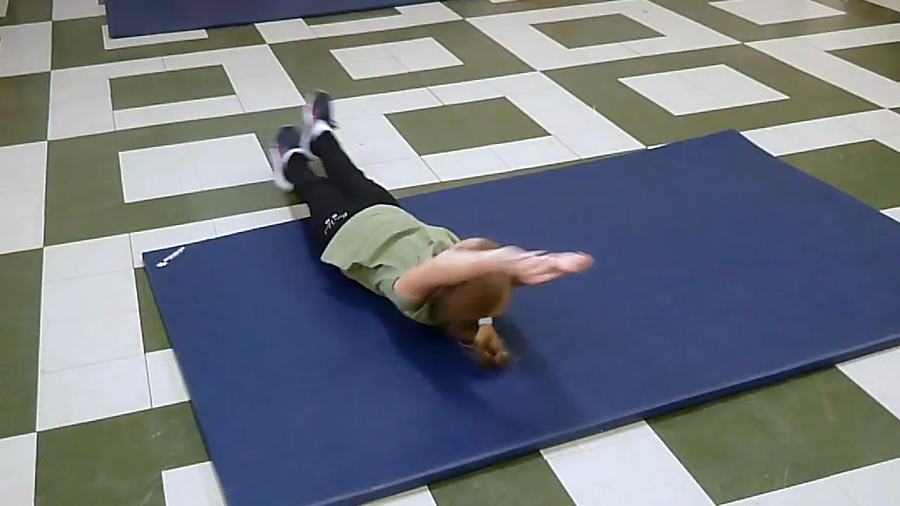 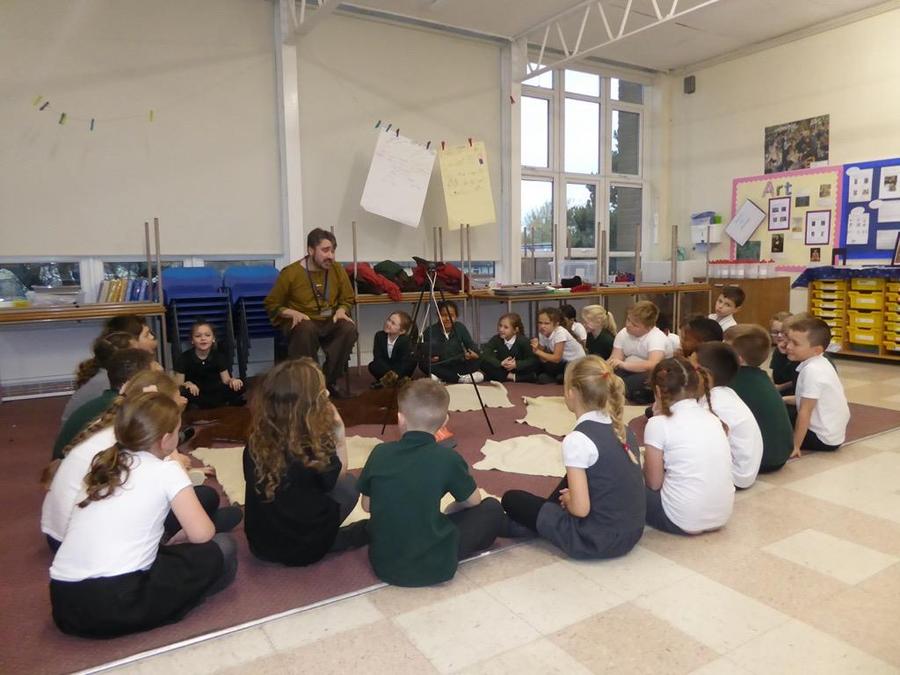 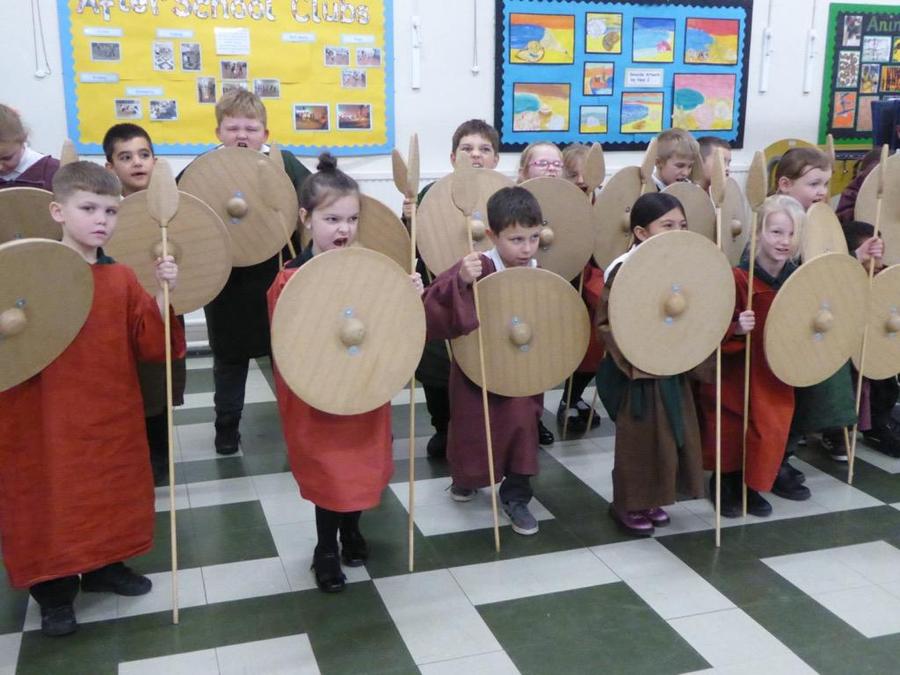 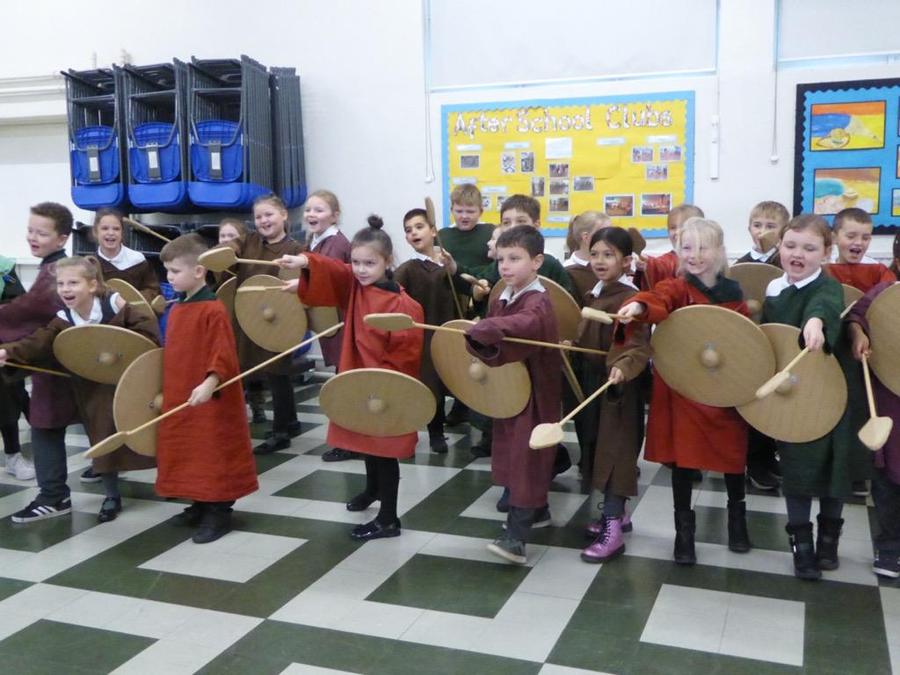 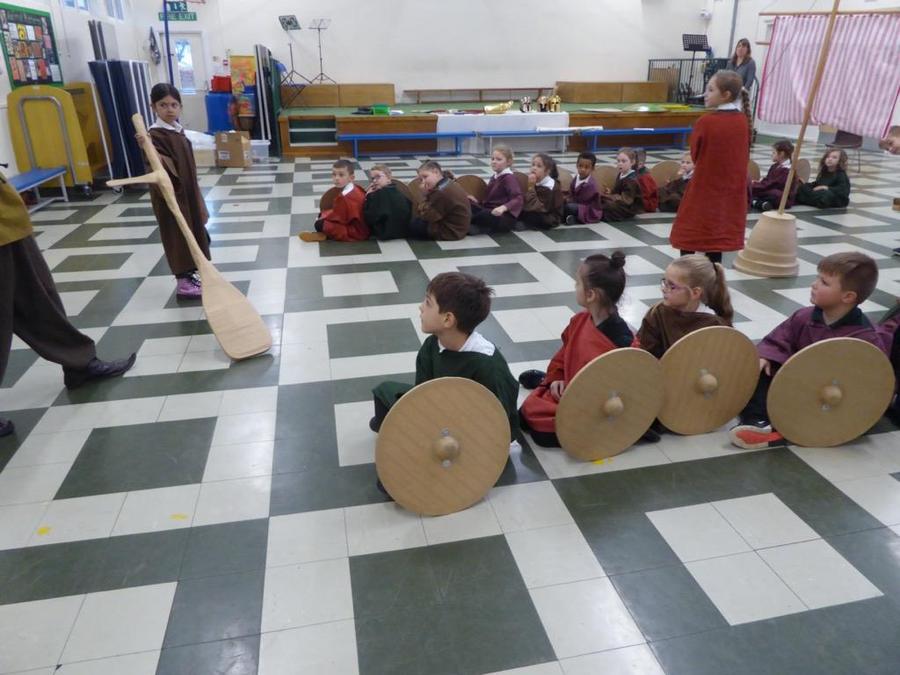 Year 3 had a fantastic drama workshop on Friday to help begin to learn about the Vikings in Britain. We pretended to be Viking invaders visiting the shores of Britain to raid Lindisfarne monastery. We found out the Vikings came across the sea from countries like Norway, Sweden and Finland. They were farmers, craftsmen and traders who raided other countries looking for gold and other treasures. We had great fun planning a voyage and preparing for battle with the Saxons who were trying to defend their land. 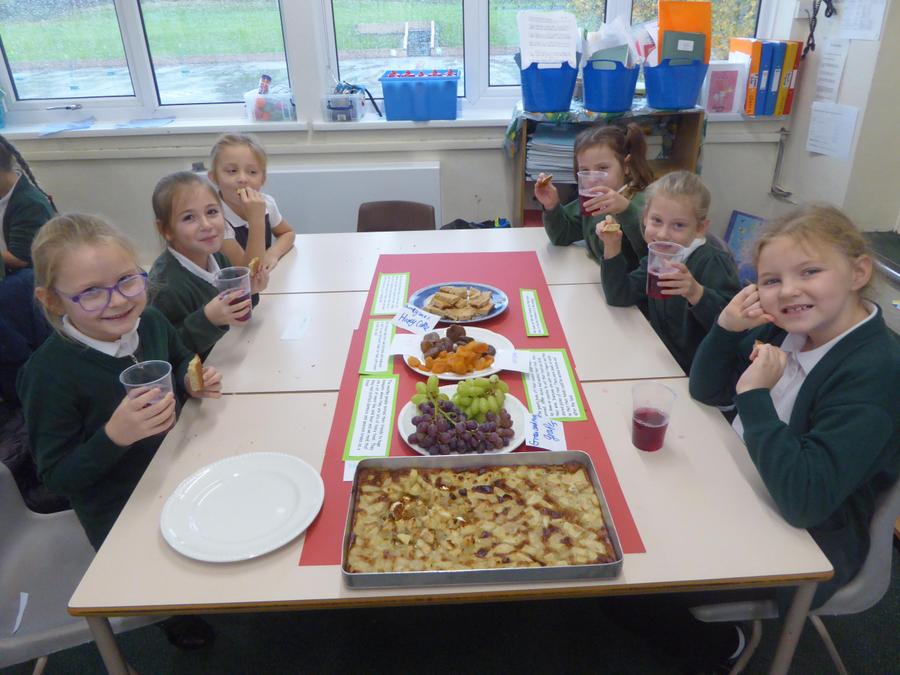 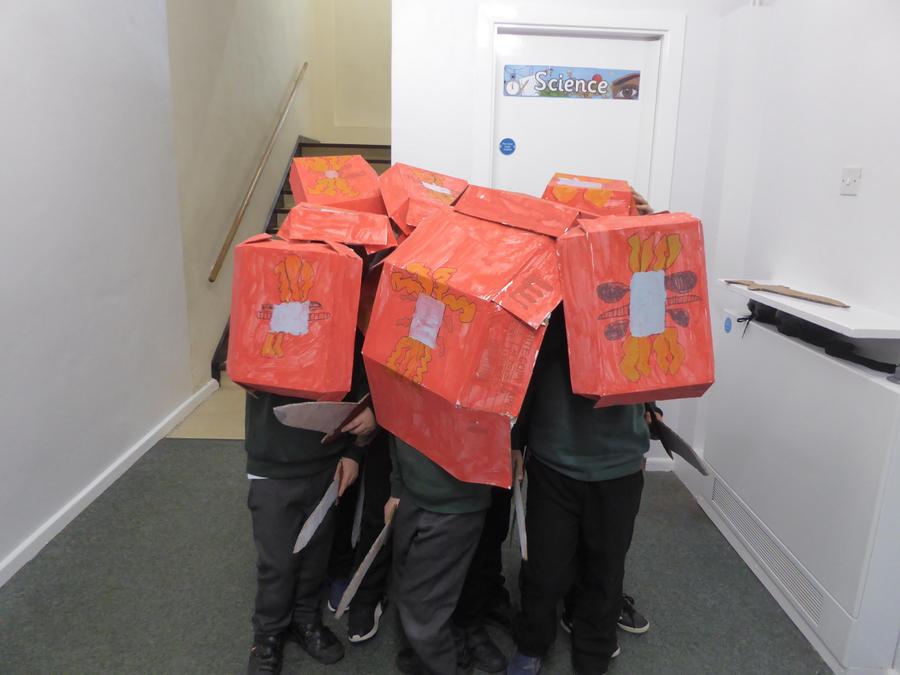 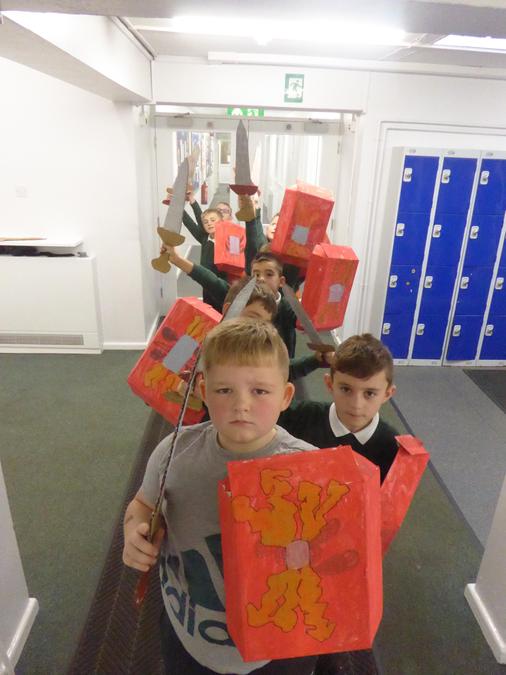 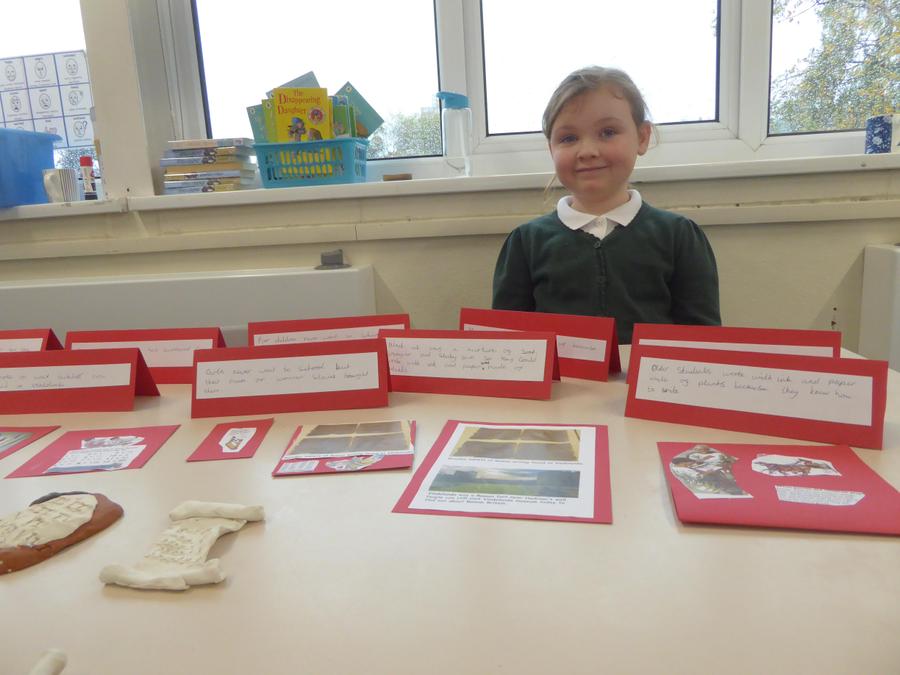 We have been carrying out our own research to find out more about the Romans. We chose what we wanted to do and thought about how we could show what we had learned. Some of us found out more about food so we cooked Roman cakes and set up a Roman banquet. Another group found out more about the Roman army, made Roman weapons and trained like the soldiers did in Roman Britain. The final group learned more about children in Roman times and made table displays to show what they had found out. We learned that Roman girls didn't go to school so most of them didn't learn to read or write. Well off Roman boys were taught to read, write, do maths and speak well in public. Poorer boys had to go to work so they didn't have time for school.

Just before half term Year 3 spent the day at Meanwood Valley Farm being scientists. While we were there, we had great fun performing different experiments to find out more about rocks and soils. We investigated different rocks and learned why we couldn't make our own soil.

Year 3 have been very busy this term learning all about different invaders and settlers. We started the term finding out about life in Stone Age Britain and we had a very interesting day with a Stone Age expert to help us learn all about it. We found out that there were different animals in Britain six thousand years ago and that Britain used to be connected to Europe. We explored different artefacts and tried to make fire with flint stones like Stone Age people did.

After finding out all about the Stone Age and the Iron Age we have started learning about the Romans. We looked carefully at different reconstructed sources and tried to work out what they were. Ask us about these photographs and we will be able to tell you what we found out. You will never be able to guess what the Romans used the sponge on a stick for!

As part of our Roman days, we learned how to write in latin with real ink. We copied our names and learned how to write Roman numbers. We found out the Romans were the first people in Britain to write so that is how we know more about them. The Romans beat the Celtic tribes because their armies were bigger and more organised. We had great fun pretending to be wild Celts or well trained Romans with swords and shields.
With Matthew Bellwood, we did drama to find out about the Roman gods. The Romans prayed to more than 200 gods and they believed each one needed to be kept happy for them to have a good life. It was funny wearing togas and even funnier pretending to be Roman gods.