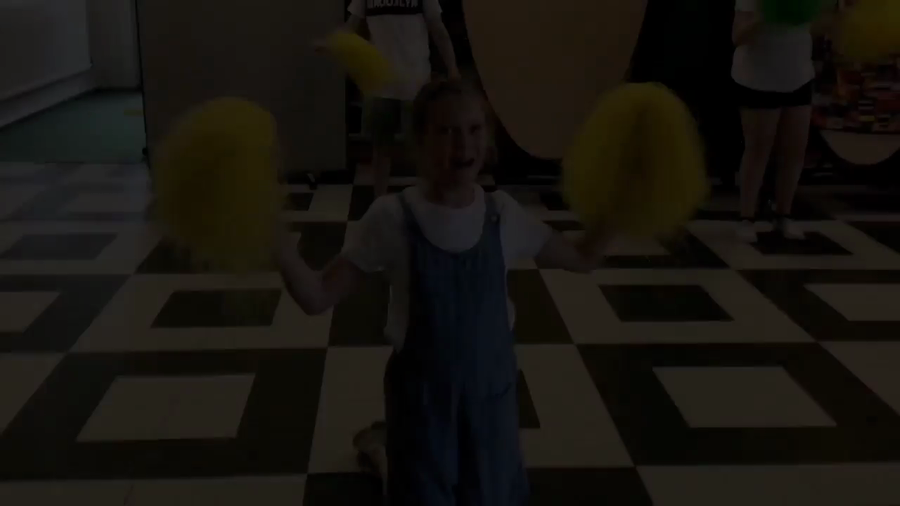 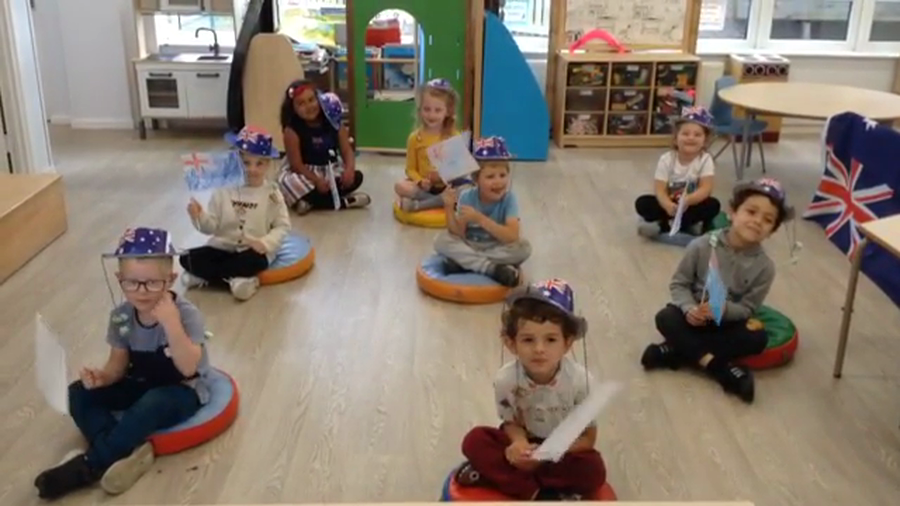 In Mrs Ilsley and Mrs Wood' s bubble we learned about Australia. We made fairy bread (which Australian children eat at parties) and Anzac biscuits and iced buns like the Australian flag. We made hats with corks on and had a role play barbecue outside...and had real hotdogs! We learned  about Australian wildlife and made koala masks and Great Barrier reef collages.  We also learned about the Aborogine people. We listened to some folk tales and did Aboriginal dot painting and made rainsticks.  We learned how to sing Waltzing Matilda which we loved! 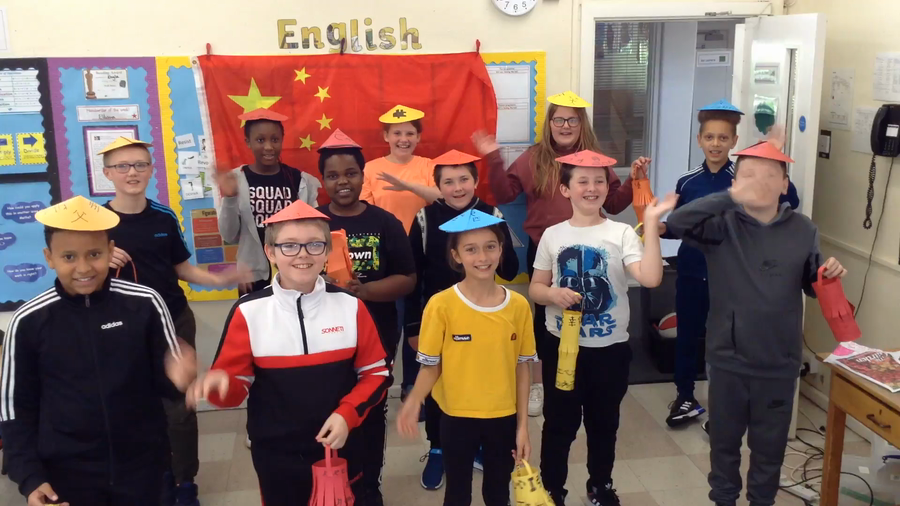 My country in Reception is England. I tested the English food and found out about English culture and history. 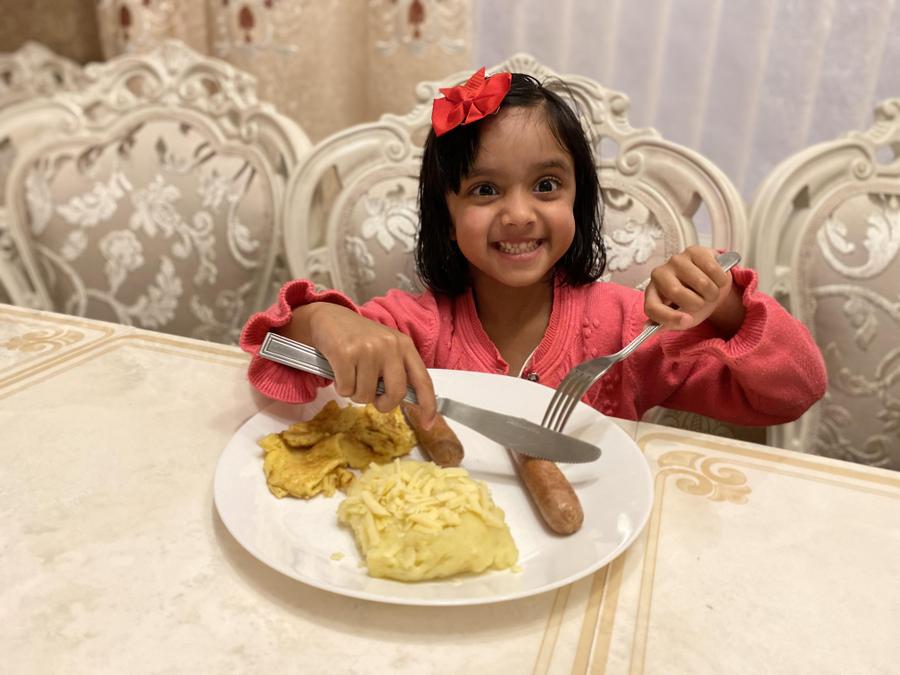 We painted pictures of the dolphin, learned about the Greek flag and made our own. We found out blue and white are popular colours in Greece because they symbolise the sea and the sky.

We have had an exciting week in the Class 4 Bubble. As part of Spirit Alive have been learning about India. The children tasted Indian food, dressed up in Indian clothes, did yoga every day and we did a Bollywood dance. We also did art work based on India's national animal which is the tiger and we created Rangoli patterns using nature.

Italy - In the Year 2/3 Key worker bubble they made Italian food from plasticine and collage pizza!

"We had a Mexican themed tea where we had Fajitas and Nachos, coloured some Mexican pictures and put up some decorations." 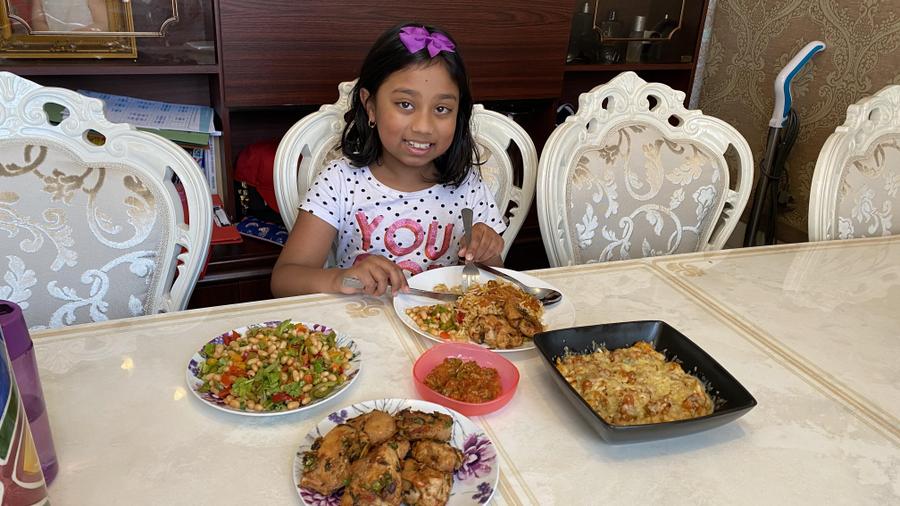 We looked at the art, food, language and culture of Portugal. A popular food caught around the coast of Portugal is the sardines. This fish features not only on restaurant menus but also is depicted in artistic ways too. We made clay sardines with patterns on and fantastic coloured designs. We investigated the historical links with Portugal’s close neighbours on the African continent and how this has influenced the geometrical patterns on tiles that are often found decorating both the inside and outside of many houses.
We learnt common greetings - "Bom dia", "Boa tarde" and "Boa noite" both when saying hello and goodbye, as in "Olá, bom dia" - "Hello, good morning" or "Adeus, boa tarde" - "Goodbye and good afternoon to you."
We found out about the amazing cork tree and used our imaginations to make a simple cork into something more amazing. We all worked really hard and completed the year with an award ceremony.

This week year 6 have been sampling various treats from the United States of America. We tried pancakes with various toppings and the authentic American snack: Twinkies. They were a hit!

We also decorated our own buns in the colours of the American flag.

We learnt to draw the national animal of the USA (a bald eagle).🦅

To end our Spirit Alive week and as a year for our last ever day at Beechwood we enjoyed pizza, popcorn and pop while we watched a movie in our own “drive in”. 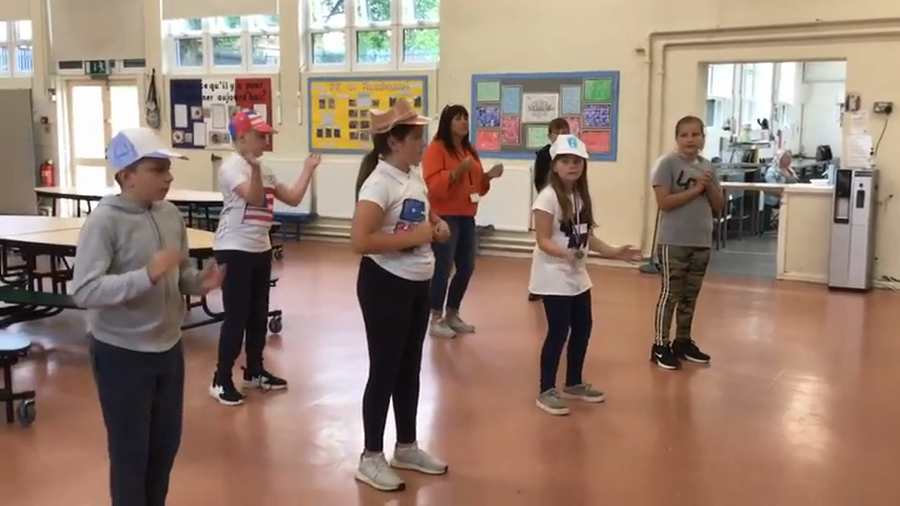